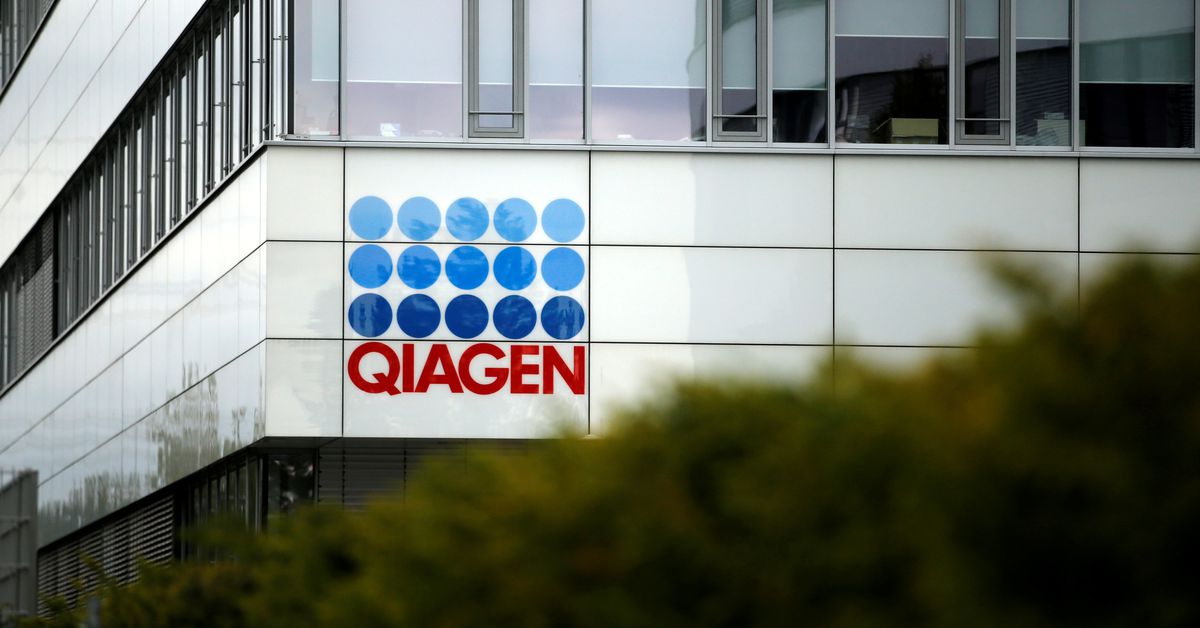 A logo of a testing company Qiagen is seen at its facility, in Hilden, Germany, September 8, 2020. REUTERS/Leon Kuegeler

“We strongly support all initiatives aiming to increase vaccination rates especially at the workplace,” Qiagen told Reuters in an email.

Qiagen said it had already updated its policies to make vaccination compulsory for certain employee groups at its U.S. locations.

3M, the diversified manufacturer which makes everything from Post-It notes and adhesives to industrial sandpaper, said it will comply with the mandate while also adding that it was strongly encouraging its employees to get vaccinated.

U.S. President Joe Biden on Thursday announced policies requiring most federal employees to get COVID-19 vaccinations and pushing large and small private employers to have their workers inoculated or tested weekly.

The White House said it will spend nearly $2 billion on 280 million rapid COVID-19 tests to support the drive.

Abbott Laboratories (ABT.N), one of the largest U.S. manufacturers of rapid COVID-19 tests, said it was quickly working to scale up manufacturing of its two tests – BinaxNOW and ID NOW test kits – including hiring additional employees.

Increased capacity will ensure availability of tens of millions more tests in the coming weeks and months, the medical device maker said.

The new vaccination mandate could apply to as many as 100 million Americans – close to two-thirds of the country’s workforce – and amount to Biden’s strongest push yet for inoculation.

Southwest Airlines Co (LUV.N), which has more than 54,000 employees, said it was prepared to move toward compliance with the mandate.

“We continue to strongly encourage our Employees to seek and obtain vaccination, and to share their vaccination status with us,” the company said.